When Thor Heyerdahl passed away 20 years ago at the age of 87, the famous Norwegian explorer and ethnographer left a controversial legacy. He had spent years trying to prove his radical take on Polynesian heritage. His claims infuriated academics and were accepted as baseless. But in the process, he managed to popularize science.

From an early age, Heyerdahl had a keen interest in zoology. As a boy, he charged visitors entry to see a poisonous snake he had housed in his home-made “museum”. He graduated in Gozoology and Geography from the University of Oslo, while simultaneously studying Polynesian culture and history, in private.

After college, he won the opportunity of his life: to go to the South Pacific to study the local animals and how they got to this faraway place. He quickly married his first wife Liv, and the couple traveled to Fatu Hiva in 1937. This was his breakthrough, experiencing as an adventurer the environment he studied as a scholar.

An experience in Eden

Fatu Hiva was a steep learning curve for the newlyweds, who were ill-prepared for the primitive environment they found themselves in. Having virtually no provisions, they spent a year on the island before returning to Oslo to write about their research in Heyerdahl’s first book. , called Hunting in paradise in Norwegian (1938). Because of World War II, it never appeared in English. Thirty years later he wrote a popular book titled Fatu Hiva: back to nature, who explored this first experience. 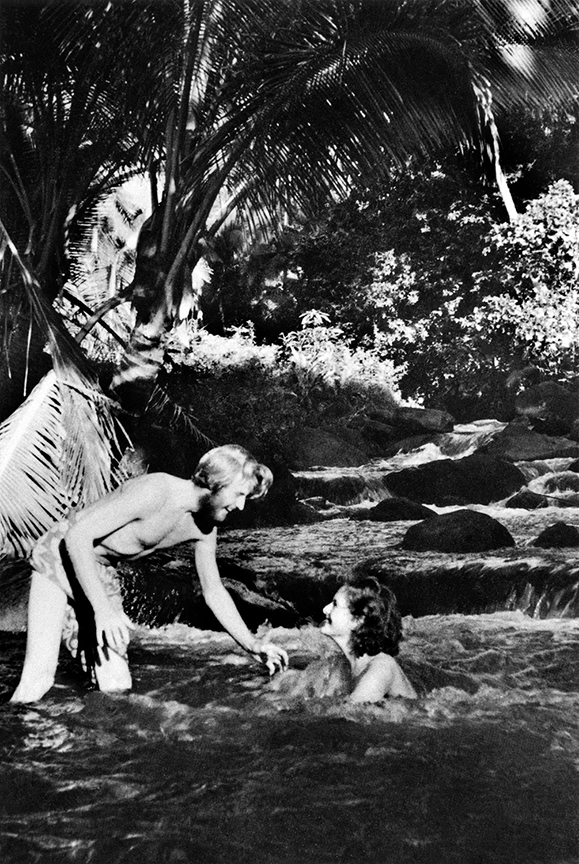 Although his youthful quest for a modern Garden of Eden in the South Seas failed, Heyerdahl returned to civilization with a new theory that contradicted the accepted view of Polynesia’s origins.

Historically (and today), the dominant view was that the Polynesian population originated from Southeast Asia. When Captain Cook came across civilizations in the South Pacific, he was amazed at how people had managed to spread so far between the islands.

By today’s standards, this may seem like a strange underestimation of the capabilities of prehistoric cultures. But at the end of the 17th century, arrogant Westerners could not understand how these early peoples could navigate a geographically larger area than any other nation on earth. And how did they navigate these vast expanses aboard open boats?

Despite evidence of an east-west migration from Southeast Asia to the Polynesian islands, Heyerdahl spent the rest of his life trying to prove otherwise. He thought that the pre-European Polynesians may have sailed from South America.

Heyerdahl decided that because South American plants such as sweet potato were available in Polynesia, it was likely that some Polynesians were originally from South America. His theory was that Polynesia was discovered by accident when a ship from the Americas strayed from its course.

However, since winds and currents in the Pacific are generally east-to-west, the researchers argued that it would be impossible for ancient ships to reach Polynesia from South America. 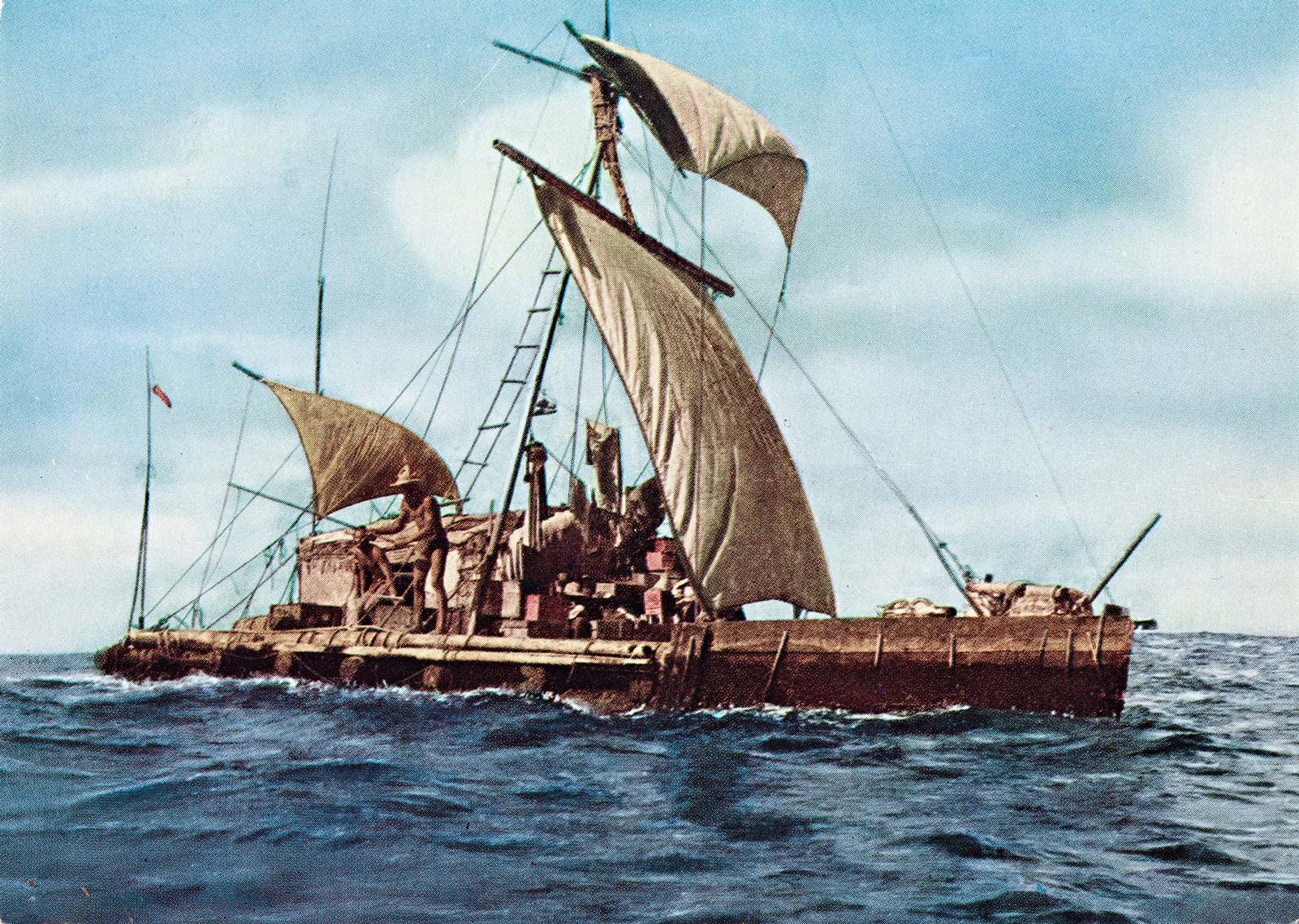 Heyerdahl set off in a raft called the Kon-Tiki to demonstrate that Polynesian culture originated from South America.

The most famous of Heyerdahl’s expeditions aimed to prove them wrong.

In 1947 Heyerdahl sailed from Peru to Polynesia on a raft called the Kon-Tiki. It only used the technologies and materials available in pre-Columbian times. To help validate his theory that wind and current could have driven a boat to the islands, he did the Kon-Tiki not orientable.

For 101 days, six men and a parrot traveled nearly 7,000 km across the Pacific. Eventually, they struck a reef in Raroia – an atoll in French Polynesia – which abruptly ended the experience.

The Kon-Tiki expedition proved that the South Americans could have drifted to Polynesia, but it did not prove that they did.

Upon his return, Heyerdahl wrote The Kon-Tiki Expedition: Rafting Across the South Seas. The book became a bestseller and helped shed light on ethnography in general and his personal theories in particular. Perhaps what made this expedition and its subsequent expeditions so popular was that he seemed to be doing science, but he was having fun doing it – unlike serious academics who disparaged him.

After Kon-Tiki, Heyerdahl organized another adventure on Easter Island in 1955. He wanted to prove that the inhabitants of Easter Island had also emigrated from South America. Instead, Heyerdahl returned with even more opposing views.

Heyerdahl believed that between 1722, when Admiral Roggeveen discovered Easter Island, and 1774, during Captain Cook’s visit, significant contact between South America and Polynesia had taken place. 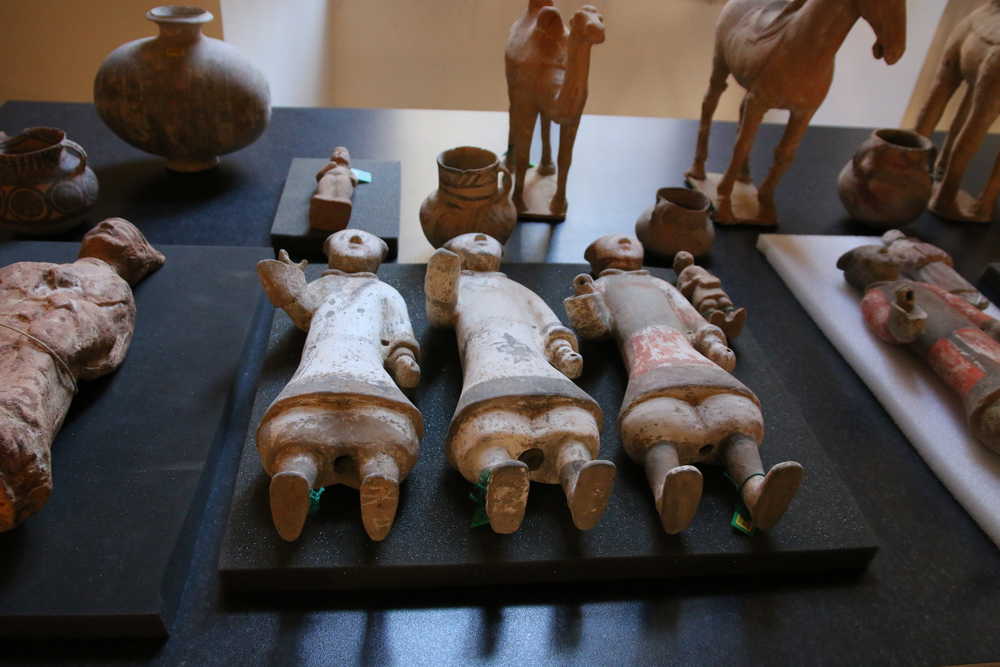 Some of Heyerdahl’s artifacts from Easter Island. In 2019, 17 years after Heyerdahl’s death, his son agreed to send them back to Chile.

He brought thousands of artifacts back to Norway, including human remains, sculptures and ancient weapons to prove his claim.

He then published two major archaeological reports, as well as the usual popular book, called Aku-Aku, which made its case to a wider audience. A few years later he stubbornly wrote another book titled Easter Island: the mystery solved. In it, Heyerdahl claimed that the Hanau Eepe from South America first settled on Easter Island.

Over the years, Heyerdahl’s views broadened to include the radical possibility of cultural contact between the early peoples of Africa and the Americas. He believed that certain cultural similarities, such as the shared importance of pyramid construction in ancient Egyptian and Mexican civilizations, suggested a connection.

In 1969, Heyerdahl embarked on an expedition to prove that Egyptian civilization may also have influenced pre-Columbian Western cultures. He left Morocco on a boat named the Ra, constructed in Egypt from Ethiopian papyrus reed. But the Ra started taking water 950 km from its destination, due to design flaws.

Undeterred, Heyerdahl gave him another chance. This time his boat Ra II was built in Bolivia. In 1970, her multinational crew of seven set sail, arriving 57 days later in Barbados as scheduled. For Heyerdahl, it was another victory.

Seven years later, he was doing it again. This time he sailed the Tigris on a raft of reeds. He left Iraq, across the Arabian Sea, to the Persian Gulf and finally to the Red Sea. The expedition was to establish the possibility of contact between the peoples of Mesopotamia (Pakistan), the Indus Valley (western India) and Egypt.

The trip was on track for another success. But four months and 6,400 km into their journey, the crew set fire to their raft in protest against the wars raging in the Middle East.

Heyerdahl then led other expeditions to Easter Island in the Maldives and an archaeological project in Peru.

His life’s work was devoted entirely to collecting evidence for his capricious theories. Although some elements of his expeditions were successful, his theories were never credited. Researchers argued that his successful trips were due to luck and the use of additional modern resources, and that ultimately his claims proved nothing.

An unwavering commitment to flawed theories

Heyerdahl’s commitment has never wavered. Not only had he managed to navigate vast oceans in open boats, drifting with winds, currents and tides. He had also found South American history on the Galapagos Islands.

Scientists finally had final fame when advances in DNA made it increasingly easy to discredit Heyerdahl’s opinion. In the late 1990s, genetic tests concluded that Polynesian DNA looked more like people from Southeast Asia than people from South America.

Some studies have detected traces of South American ancestry among Polynesian cultures, but these have always been counter-proven by greater evidence of Asian origin.

Anthropologist Wade Davis went further by publicly criticizing Heyerdahl’s theory in his 2009 book, The Wayfinders. Davis claimed that Heyerdahl “ignored the overwhelming body of linguistic, ethnographic and ethnobotanical evidence, augmented today by genetic and archaeological data, indicating that he was patently wrong.”

For Heyerdahl, it was less important to be right or wrong than to draw attention to ancient history and anthropology. He has proven that while the origin of Polynesian ancestry may not be exactly as he believes, it is certainly possible to cross large oceans in ancient ships.

Documentaries followed his many books, including a 1951 documentary about his Kon-Tiki expedition, which received an Oscar. The Kon-Tiki Museum in Oslo displays items used in his expeditions, including the original Kon-Tiki and Ra II rafts. In 2000, The Thor Heyerdahl Institute was created to promulgate Heyerdahl’s ideas even after his death.

When Heyerdahl received news of his poor health, he did not fight his impending death. He chose to abstain from medication or eating, which allowed his brain tumor to overcome it naturally in 2002. He was surrounded by his closest family members.

Heyerdahl may have been wrong about his key theories, but he left one question unanswered: Have Pacific Islanders and Native Americans ever had contact?

After 22 years in the exercise industry, offset by long haul adventures around the world, Alex Myall found a better option a few years ago and has never looked back. She graduated in travel journalism, supported it with travel industry certificates, and then started Chasing Dreams Travel NZ, her own travel agency.

Now, she combines her love of writing and world travel with running her business from her home on the spectacular south coast of Wellington, New Zealand, while also being the mother of a beautiful baby girl. She maintains a “life is too short to do things halfway” attitude.

Bihar: Drunkards get into a fight with ...